Alexa is a global ranking system that utilizes web traffic data to compile a list of the most popular websites, the Alexa Rank. The lower your Alexa rank, the more popular (for example, a site with the rank of 1 has the most visitors on the internet). Alexa itself has been around since 1996 but was shortly thereafter acquired by Amazon in 1999.

Initially, Alexa was a toolbar that needed to be installed in a web browser. Once the toolbar was installed Alexa had access to browsing history, and that data would be used to compile a list of the highest-trafficked sites on the web. While some claimed this was the be-all-end-all of ranking systems, there was criticism that the data being compiled was inaccurate due to the fact that it only compiled information from those who have installed the toolbar. 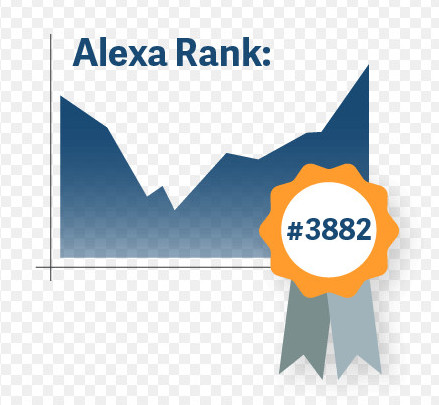 How is Alexa Rank Determined?

According to Alexa’s site, their free ranking system is based on traffic provided by their ‘global data panel’, which pulls from multiple browser extensions and websites that have installed the Alexa script. While traffic ranks are updated daily, a site’s individual ranking is based on two items:

Unique daily visitors
Average page views over a 3 month period
It has also been reported that Alexa sources data from 3rd party providers to give a broader spectrum of internet users. If you go to Alexa’s site you can look up a website’s rank (and a few other stats) without installing the extension or widget. Ranks are given both globally and for specific countries.

What is Traffic Rank?

The traffic rank is based on three months of aggregated historical traffic data from millions of Alexa Toolbar users and is a combined measure of page views and users (reach).

As a first step, Alexa computes the reach and number of page views for all sites on the Web on a daily basis. The main Alexa traffic rank is based on the geometric mean of these two quantities averaged over time (so that the rank of a site reflects both the number of users who visit that site as well as the number of pages on the site viewed by those users).

Another concern is the fact that the toolbar is considered to be “adware” by MacAfee while Symantec another major anti-virus program considers the toolbar “trackware” because of the nature of how it works (it tracks and stores all of your web activities).  If you have it installed, you can best bet that all of your activities are being tracked and the data you are using it for really is deemed quite useless, because it is not real traffic data.

How to Increase Your Alexa Ranking?

Alexa rank is a measure (estimated) of the traffic rank of a website as compared to other websites on the internet. Alexa doesn’t have a way to find a concise traffic estimate of a website. Alexa rank is cumulative, it is calculated over 3 months period.

It isn’t a real measure or estimate for your actual traffic on the website. It is, however, the number of visitors with the Alexa toolbar visiting your website.

In theory, your website is getting less traffic with Alexa toolbar visitors compared to your competition (again determined by Alexa).

There are blackhat methods to improve Alexa rank, however, I would not recommend focusing too much on Alexa ranks.

Does Alexa Rank Have Anything to Do With SEO?

The foundation of Alexa Ranking is overall web traffic. So, if web traffic increases over a 3 month period, Alexa Rank will decrease. While traffic increase is always positive, it is not an accurate or robust representation of your website performance as a whole. Depending on the specific goals for SEO strategy there are many other KPIs that can define success. Alexa Rank can act as one tool for SEO audits, especially in comparison to competitors, yet most digital marketing professionals would agree that Alexa Rank is not something valuable in reference to overall SEO optimization and performance.

Alexa offers Web Analytics toolkits for $149 per month. This service is a complete redundancy if you have Google Analytics (which is free) and in fact, the Alexa Advanced Plan will offer you inferior data to that you can get with Analytics and Webmaster Tools, both free services offer by Google. 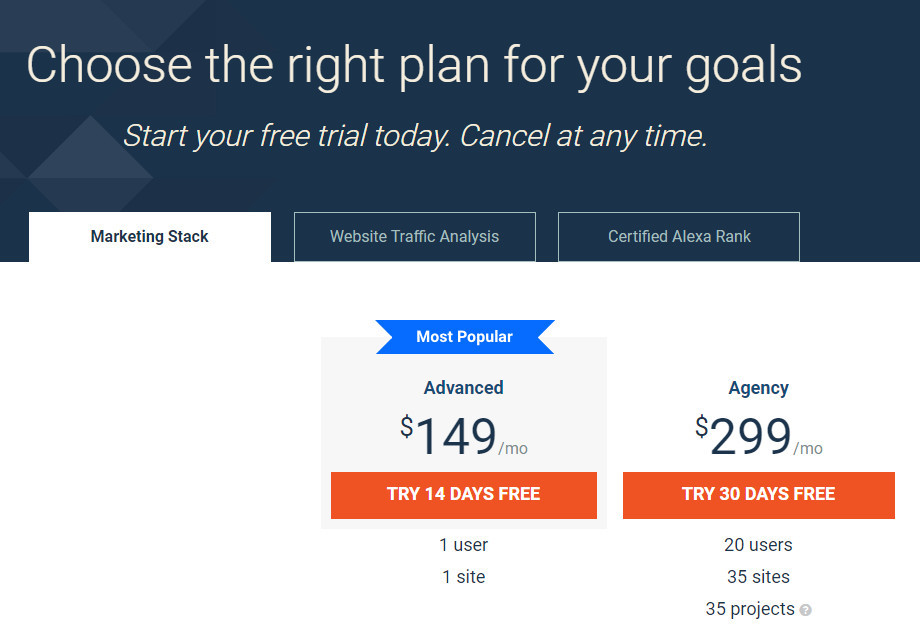 So Alexa will not efficiently or accurately track your traffic and they will not be able to serve as any sort of indicator with respect to SEO. If you want to get SEO help, the best thing you can do is to learn about it yourself and there are services out there that can help you out with this. If you want to get help with your rankings in Google, you can get up and running know with some REAL education. Get rolling here!

If you do have anything in addition to add, any Alexa experiences or any questions about any of this content, drop me a note below and I will be more than happy to discuss.